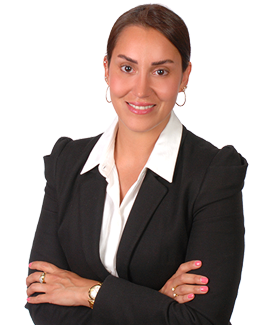 Before joining the team, Hande Yılmaz has worked for prestigious law firms in Turkey for 6 years besides as an in-house attorney in Turkey’s one of the most well-known construction company for 3 years and joined the team as an attorney at law focusing on general corporate and commercial law matters and mergers and acquisitions.

Hande is specialised in corporate law, commercial law, mergers and acquisitions and advises our clients on their day-to-day business matters. She is also experienced in negotiating and drafting commercial transactional documents as well as conducting legal due diligence reviews and preparing due diligence reports accordingly.